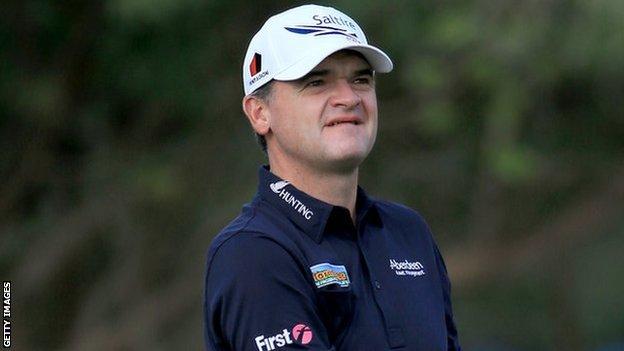 Paul Lawrie has confirmed that he will miss next month's Trophee Hassan II so he can watch Aberdeen play in the Scottish League Cup final on 16 March.

The 45-year-old had previously said it was a dilemma as he was still chasing points needed to qualify for Europe's Ryder Cup team.

But the 1999 Open champion confirmed his intentions in a question and answer session on social media site Twitter.

"Yes, going to the final," said the Aberdonian about the Morocco event.

The Trophee Hassan II is being held at Golf du Palais Royal from 13-16 March.

Lawrie helped the Europeans retain the Ryder Cup at Medinah in 2012 but lies 68th in the European Tour's current points table ahead of the 2014 event at Gleneagles.

Scotland's best hope of having a home player qualify for Paul McGinlay's team is Stephen Gallacher, who lies in 14th place.