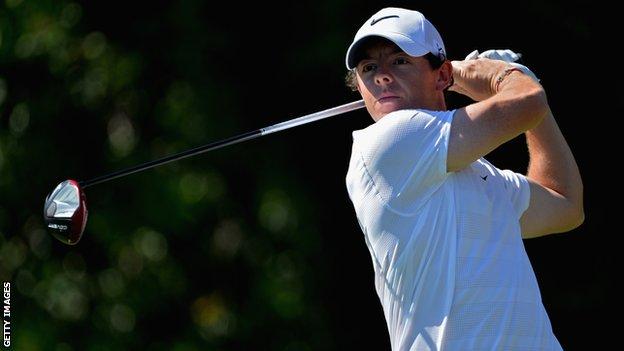 Rory McIlroy moved to within touching distance of winning his first PGA tour title since 2012, hitting a one-under 69 to lead the field going into the final round at Florida's Honda Classic.

Scotland's Russell Knox carded a 68 to go third, one shot behind Henley, while England's Luke Donald is joint fifth.

"It's all about not making mistakes, limiting the damage," said McIlroy, 24.

One year after frustration prompted him to walk off the same course at Palm Beach Gardens, the two-time Major winner is hopeful he can avoid further misfortune.

"You're going to make a few bogeys. If you limit those, hit fairways and greens, that's what I'm trying to do."

"Hopefully I can do the same on Sunday. I feel great and am looking forward to my chance. You never know."