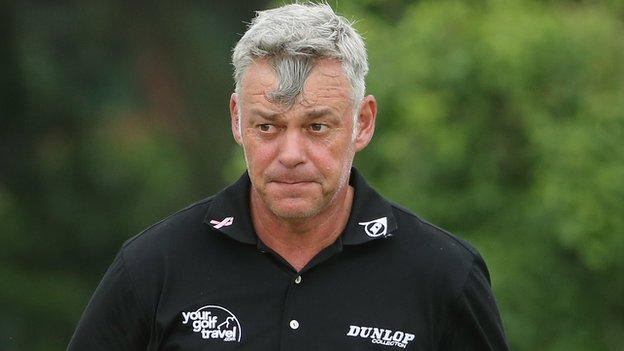 Darren Clarke carded a three-over-par 74 in Friday's second round of the Valspar Championship in Florida.

The former Open champion showed signs of a return to better form with an opening 71 on Thursday.

Clarke posted an early birdie on Friday but four bogeys followed as the Dungannon man finished on three over.

Three-time major winner Padraig Harrington (70) was also three over, but both men have made the cut.

Clarke started on the back nine and he moved under par after a birdie at the 12th.

However, shots were dropped at the 17th and 18th while further bogeys came at three and five.