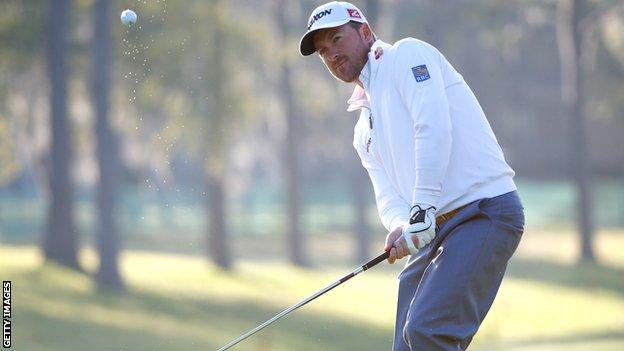 Graeme McDowell made the cut at the Arnold Palmer Invitational - but only just - after a five-over 77 on Friday left him on one over.

After his opening 68, McDowell was six behind leader Adam Scott but his birdie-less round on Friday left him 15 shots behind runaway leader Scott.

McDowell dropped three shots at his closing two holes to round off a poor day as he was left sharing 57th place.

Darren Clarke missed the cut by seven shots after a 78 left him nine over.

Clarke's round included five bogeys and a double bogey at the last, with just a solitary birdie.

Padraig Harrington is 10 behind Scott after a 70 left him four under and in a share of 16th place.

The Dubliner's encouraging round included an eagle-three at the 16th and three birdies.

Masters champion Scott leads by seven going into Saturday's third round after adding a 68 to his opening sensational 62.

Americans JB Holmes and Chesson Hadley are sharing second place with Italy's Francesco Molinari on seven under with Keegan Bradley and Jamie Donaldson in a group a shot further back.