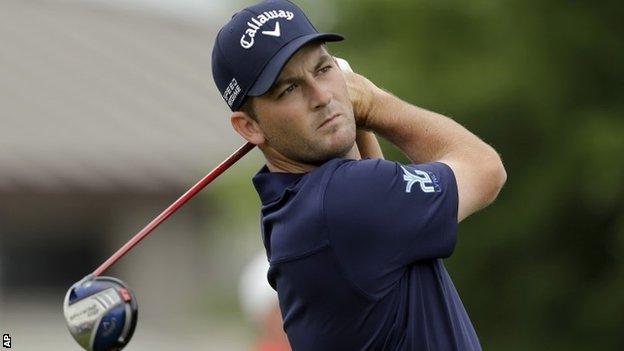 Matt Every overhauled Masters champion Adam Scott to win the Arnold Palmer Invitational in Florida and record his first victory on the US PGA Tour.

Florida-born Every, 30, fired a final round 70 to win his maiden title by one stroke as Scott faded to third.

The Australian, 33, had started the day two shots clear with the chance of taking the world number one slot ahead of his Masters defence next month.

But with Scott shooting a 76, Every held off Keegan Bradley to win.

Scott had led the tournament by seven shots at the halfway stage but was unable to maintain his form of the opening two days.

He knew that victory at Bay Hill would send him to the Masters as world number one should neither he or Tiger Woods, who pulled out of this event with back trouble, not play again before Augusta.

It had looked as though former US PGA Champion Bradley might offer the greatest resistance to Scott's victory bid.

But while Bradley dropped early shots, Every mounted the decisive charge with four birdies in five holes around the turn taking him clear.

Every said: "It was tough. You just never know if it's going to happen. You get there so many times, it's nice to get it done."