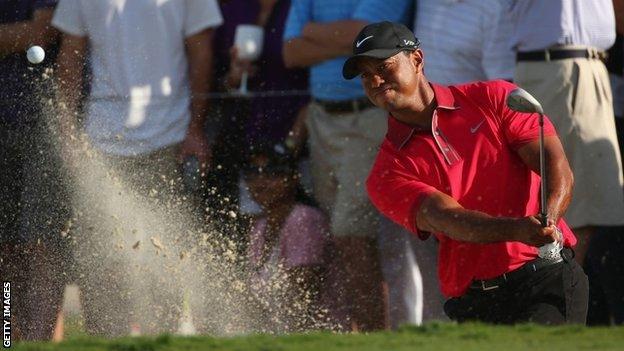 World number one Tiger Woods says it is "too soon" to say if he will recover from back pain in time for the Masters, which begins on 10 April in Augusta.

The 38-year-old American missed his usual warm-up, the Arnold Palmer Invitational, because of back spasms.

"It's very frustrating," said the four-time champion, who has not missed a Masters since 1995.

Woods aggravated his back in March's WGC-Cadillac Championship and then withdrew from the Honda Classic.

"I've had a couple weeks off getting treatment, just working on trying to get ready for Augusta," added Woods, who won the last of his 14 major titles at the 2008 US Open.

Woods has suffered a string of injuries since 2008, missing two Opens, a US Open and a PGA Championships, but has been present for every Masters since making his debut as an amateur in 1995.