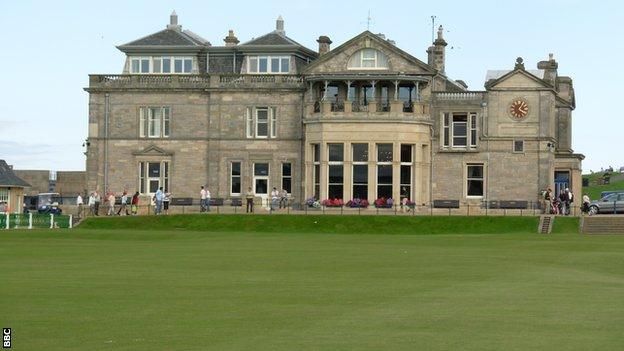 Admitting women members to the Royal and Ancient Golf Club of St Andrews for the first time in its 260-year history will be a welcome and significant development for the image of the game.

The existing male-only policy serves only to undermine the club and the R&A, the company it spawned as the governing body that runs the Open.

It's an anachronism that makes golf look elitist and out of touch with modern society, and does nothing to help grow a game that is under increasing pressure to attract new players.

An otherwise brilliant Open at Muirfield last year was overshadowed because the Championship was staged at an exclusively male club.

As Phil Mickelson surged to his thrilling win, there should have been unequivocal evidence of golf's ability to excite and inspire but the message was compromised by plentiful ammunition given to critics who claim it's a sport for snobs.

At first glance, the furore last July seems to have been the tipping point. Royal and Ancient members are now being urged by their committee to vote to allow women members in a ballot to be staged on 18 September.

But club secretary Peter Dawson, who is also the chief executive of the R&A, denies the move is a reaction to the adverse headlines generated at the last Open.

"This change at the R&A is not related to that," Dawson told BBC Sport. "It's about our role as a governing body in golf and we feel it is the right move.

"If you look at all good governance practice documents, the gender issue is right up there. For a governing body not to recognise that is very difficult.

"It will enable us, as time goes by, to increasingly populate our committees and so on with women, which can only be good for the game."

Dawson sees no reason to abandon the policy of playing the Open on courses that are the home of a male only-club. Currently Muirfield and Royal St Georges exclude women members, while Royal Troon is home to separate men's and women's clubs.

How they respond to the R&A's move is for them to decide but it surely makes them look ever more isolated.

"Obviously they are aware of what's happening," Dawson said.

"They are aware of the pressures at the time of the Open Championship but we are not doing this to try to put pressure on those clubs.

"The Open has to go to the best courses and these clubs are certainly among them."

Dawson admits he wouldn't want another Open overshadowed in the way that happened at the last Open, adding: "I would never want not to have the Open at Muirfield.

"To take a course like that away from the Open rota would not be good for the Championship. It'll be some years before we go back to Muirfield and we will have to see how golf's journey has progressed by then."

A two-thirds majority is required at the St Andrews meeting of members in September. However the motion would not have been put forward if there was much chance of it being rejected.

Open sponsors expressed discomfort at the male-only members policy at last year's tournament, which was another area of influence.

"As a partner of the R&A and a long-term international sponsor of golf, we welcome this positive step and look forward to further developments," said HSBC's head of sponsorship, Giles Morgan.

The move has also won approval from leading figures in the game. Gary Player told his Twitter followers: "Like Augusta National, the R&A at last realises you cannot lead by example, grow the game and exclude women members. Respect."

Player's sentiments get to the heart of the issue for the grassroots game. The fact that the Old Course and the other layouts in St Andrews are public facilities available to both men and women isn't universally known.

Part of the reason is that these courses are synonymous with the iconic Royal and Ancient clubhouse, which has always been known as the home of an all-male club. Not for much longer, it would seem.

The date of 18 September is a hugely significant day of voting in Scotland as the nation decides on independence. On the same date, there will be another ballot that should mean plenty for the game of golf.