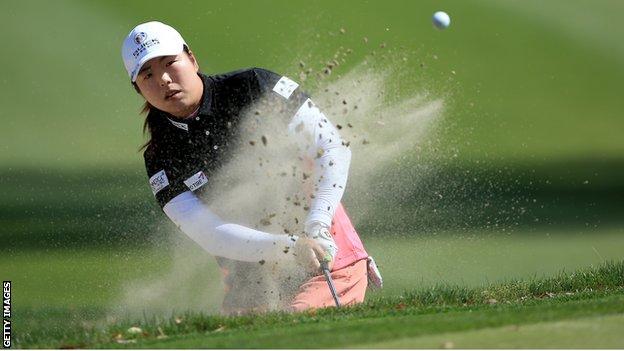 China's Shanshan Feng scored a six-under par 66 to take a one-stroke lead after the opening round of the Kraft Nabisco Championship in California.

American Michelle Wie and South Korean Se-Ri Pak trail the 24-year-old on 67 at the first major of the LPGA season.

World number one Inbee Park, who claimed the first of three consecutive 2013 major wins with victory last year, laboured to a score of 74 and is 46th.