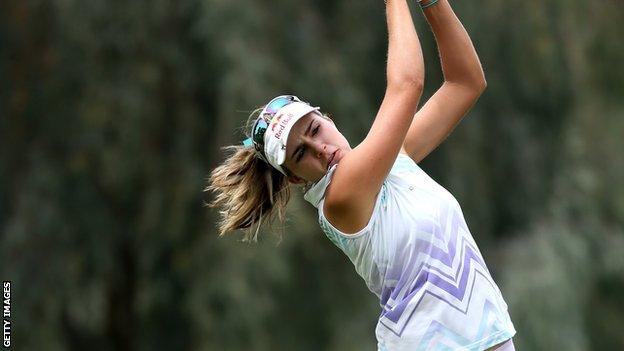 Thompson, 19, and five-time major winner Pak, 36, are seven under at the first major of the season, one shot clear of Michelle Wie in California.

Scotland's Catriona Matthew, the 2009 Women's British Open champion, is four under after a second-round 68.

World number one and defending champion Inbee Park is at level par after a 70.

"I was just trying to focus on each shot and not really think about what I was shooting," Thompson, 19, told lpga.com.

"I had the same confidence over every shot. I tried to do that throughout, even at the beginning of the round."

American Paula Creamer, who won the 2010 US Women's Open, struggled to a 74 around the Mission Hills course but maintained her impressive record of making the cut in all 37 majors she has played in.