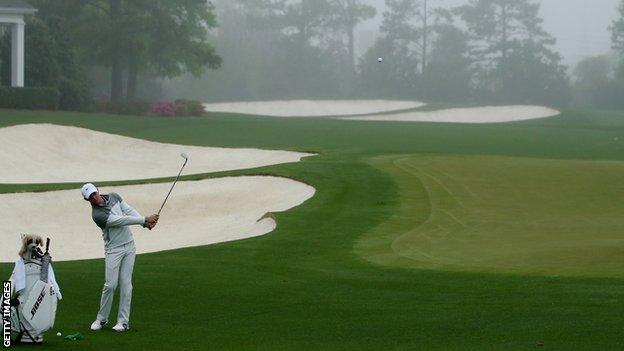 Masters favourite Rory McIlroy managed just a 90-minute workout before play was called off because of the threat of lightning on the first day of practice.

Players and spectators were forced to leave the Augusta course at 10am (15:00 BST) and the day's play was abandoned.

Northern Ireland duo Darren Clarke and Graeme McDowell, and German pair Bernhard Langer and Martin Kaymer were among 30 players out on the course.

The weather forecast is much more favourable for the rest of the week. 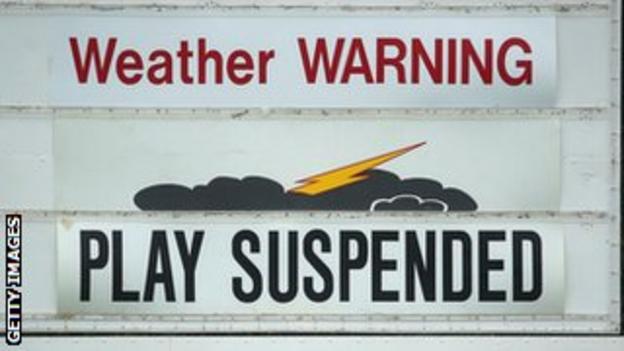 With thunderstorms predicted, most players had arrived at Augusta National early.

But Northern Ireland's two-time major winner McIlroy was among those who managed only a brief practice before the weather closed in earlier than expected, forcing a first-day closure for the first time since 2003.

"The place was packed, which you don't usually see on Monday morning here. I think everyone read the weather report and tried to get some in today.

"The weather the rest of the week is supposed to be nice, so I see it firming up, getting a little faster every day and they get it where they want it by the weekend."

Australian Jason Day, the world number four, confirmed that he was fit after recovering from a thumb injury that has kept him out of action for six weeks.

"It's fine," said the 26-year-old. "I had a cortisone injection into it last Monday. Had about a week off after the injection and everything has been progressing nicely.

"There's no pain. I'm taping it just as a precaution, so you'll see some tape on my thumb and I've been icing it a lot."

Day is one of three players, along with compatriot and defending champion Adam Scott and Sweden's Henrik Stenson, able to overtake the absent Tiger Woods at the top of the world rankings at Augusta.