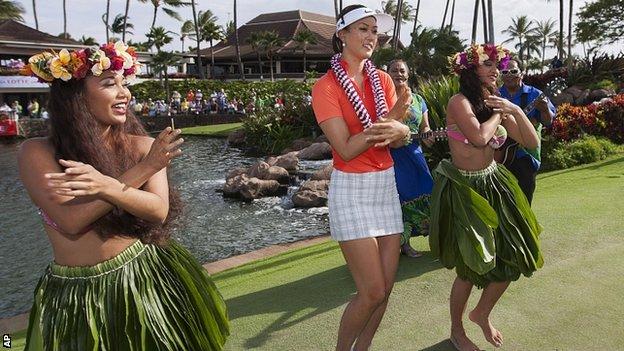 Michelle Wie won her third LPGA Tour title and her first in over three years with victory in the Lotte Championship.

The American, 24, shot a five-under-par 67 in the final round at the Ko Olina Golf Club in her home state of Hawaii.

"I'm just having fun out there," Wie said after winning her first Tour title since the Canadian Women's Open in August 2010.

"I had a blast. It was definitely the most consistent I have played this week, especially with the tough conditions.

"I just did a really good job of staying in the present and not getting too far ahead (of myself)."

Wie became a major star when she finished ninth on her major debut aged only 13, and then almost made the halfway cut when competing against the men at the Sony Open in Hawaii.