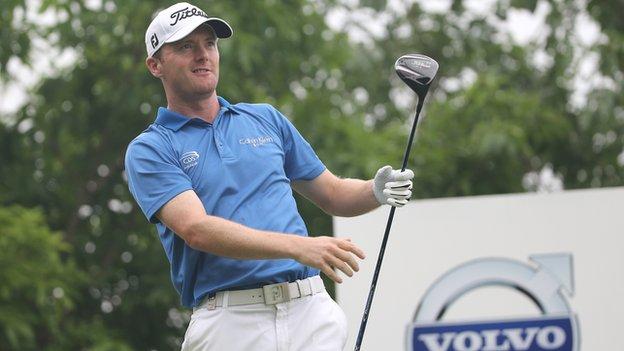 Michael Hoey is two shots behind the leaders at the China Open after an impressive three-under-par 69 in Thursday's first round.

The Belfast player had a superb run of five birdies in six holes from the second in Shenzhen although he dropped shots on 12 and 16.

Gareth Maybin struggled to a 77 with the Ballyclare man carding a double bogey, four bogeys and one birdie.

Shane Lowry is level with Damien McGrane one over and Pater Lawrie six over.

Play was suspended because of fading light although only a small number of players had yet to finish their first round.

Hoey continued his good form from last week, when he finished in a tie for 18th place at the Malaysian Open.