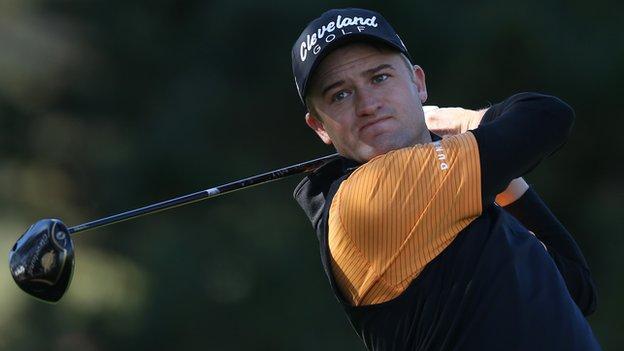 Russell Knox will tee off in front of a home crowd for the first time as a professional at July's Scottish Open.

The Inverness-born 28-year-old is based in the United States and is currently 25th on the PGA Tour's FedEx rankings, with three top 10 finishes.

Having broken into the top 100 for the first time, Knox is the second highest ranked Scot in the world, behind Stephen Gallacher.

"Playing in the Scottish Open will be the highlight of my year," he said.

Following his invite to play at Royal Aberdeen (10-13 July), Knox, who turned professional in 2007, added: "I would've loved to have played at Castle Stuart, given my Inverness roots, but unfortunately I was unable to as I was trying to keep my card in America, so it will be great to finally get the chance to play on home soil.

"Hopefully I will have some support at Royal Aberdeen and I can put on a good performance for the Scottish golf fans.

"It's been a very good year for me so far and I feel my game can keep on improving."

Phil Mickelson won last year's event, the week before his Open triumph at Muirfield and the defending champion has already confirmed his participation, while Rory McIlroy and Lee Westwood will be other high-profile players in the field.