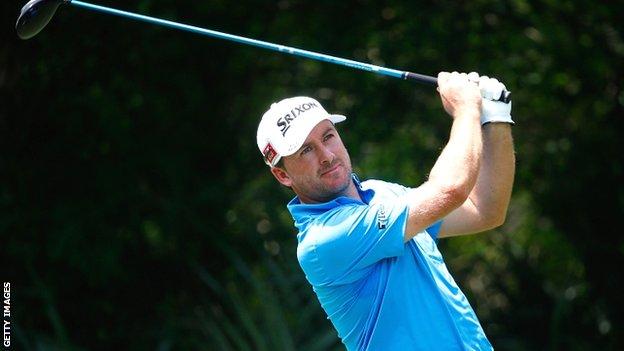 Graeme McDowell has withdrawn from the BMW PGA Championship, which starts on 22 May, to be with his wife, who is expecting their first child.

The 34-year-old Northern Irishman will be the only member of the victorious European Ryder Cup team not present.

It is the first time in 12 years that McDowell has missed the flagship event.

The West Course has not been kind to Florida-based McDowell, the 2010 US champion, who has missed the cut at the PGA Championship for the last three years and has never finished higher than 13th.

"I very much appreciated Graeme taking the time to phone me to tell me he wouldn't be at Wentworth," European Tour chief executive George O'Grady said.

"But the fact that he wants to spend time with Kristen, who will not be able to travel for the next three months, is entirely understandable."

As part of the celebrations for the 60th anniversary of the event, a host of sporting celebrities will take part in the pre-tournament pro-am on 21 May.