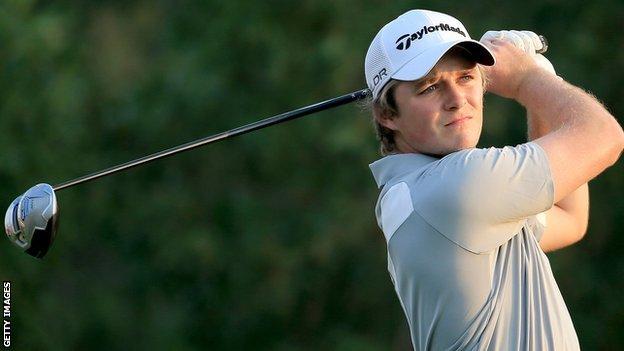 England's Eddie Pepperell took a one-shot lead ahead of a group including Sergio Garcia and Miguel Angel Jimenez after round one of the Spanish Open.

Pepperell, 23, fired a four-under 68 to edge clear of world number seven Garcia, who finished third in the Players Championship on Sunday.

"I didn't have the greatest night and only slept for about four hours with the jet-lag," said Garcia, 34.

"I didn't feel extremely well with my swing but I managed to put it in play."

England's Ross Fisher and Danny Willett and Scot Paul Lawrie were among those two under at PGA Catalunya, Girona.