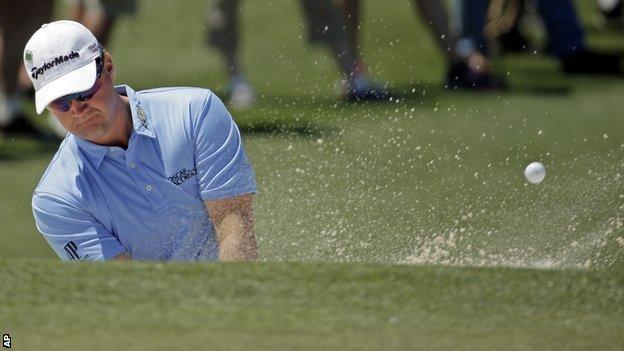 Sweden's Peter Hanson shot a five under par opening-round to hold a one-shot lead at the Byron Nelson Championship.

Hanson, 36, has no PGA Tour wins but hit five birdies on the front nine at the TPC Four Seasons Resort in Texas.

American Jordan Spieth, runner-up behind Germany's Kaymer at Sawgrass last weekend, could only shoot a level-par 70 as Hanson - a six-time winner on the European Tour - birdied the last hole to secure the lead.

"I got off to a really good start, had a few chances coming back in and made a bit of a clumsy bogey from the fringe on 14, but those things happen," said Hanson.

American Duval, 42, is struggling with a shoulder injury, but four birdies in his last five holes put the 2001 Open champion in contention for a first PGA Tour victory in 14 years.