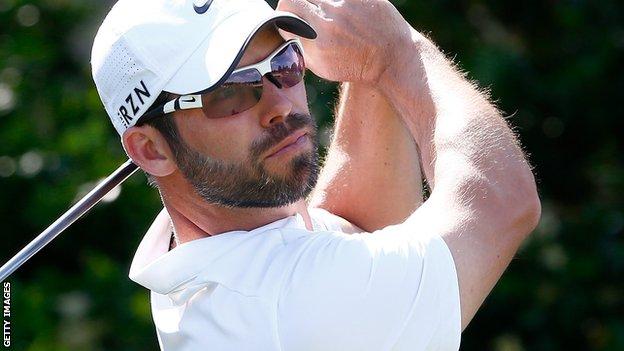 Britain's Paul Casey fired a nine under par 27 on the back nine to leap into contention at the Byron Nelson Championship.

The 36-year-old fired a second-round 63, seven under par, to stand on six under 134 after 36 holes at the TPC Four Seasons Resort in Texas.

Casey became the eighth player in US PGA history to card 27 for nine holes.

"I had no concept of what I was doing," said Casey, as he shared an early lead with 36 holes to play.

"The seal was broken when I got to 10," Casey added. "It just spiralled from there."

The seal was broken when I got to 10. It just spiralled from there

Casey was one off a tour-record 26, set by American Corey Pavin on the front nine in the first round at Milwaukee in 2006.

The Englishman was in danger of missing the cut after a mediocre front nine, but picked up eight strokes on the inward half.

Casey added birdie putts from 9ft at 14 and 4ft at 15 before making an eagle at the par-five 16th, dropping his second shot 32ft from the cup and then sliding in the putt. He followed with a par three at the 17th and closed with a birdie, sinking a 5ft putt at 18.