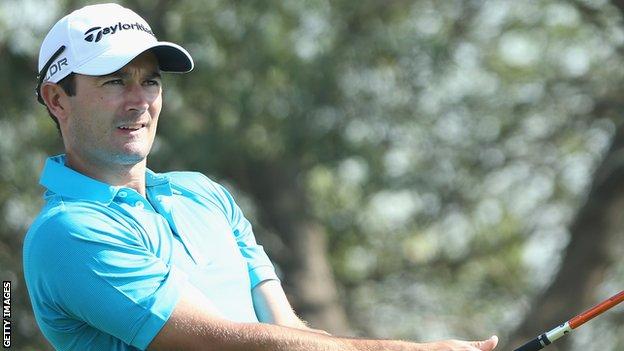 Gareth Maybin will start the final round of the Spanish Open seven shots off the pace after firing a one-over-par 73 on Saturday.

The Ballyclare player carded three bogeys and two birdies to finish on level par and in a tie for 15th.

European Ryder Cup captain Paul McGinley (72) is also level while Kevin Phelan (71) and Shane Lowry (72) are two over after the third round.

Belgium's Thomas Pieters holds a two-shot lead on seven under.

Ireland's David Higgins (72) is three over with Simon Thornton (76) a further five strokes back.

Maybin, 33, could do with a decent finish in Girona as he is currently 198th in the Race to Dubai standings with only the top 115 set to retain their cards at the end of the season.

The Ballyclare man did end a run of five missed cuts when he shared 54th place in his most recent outing in Singapore earlier this month.