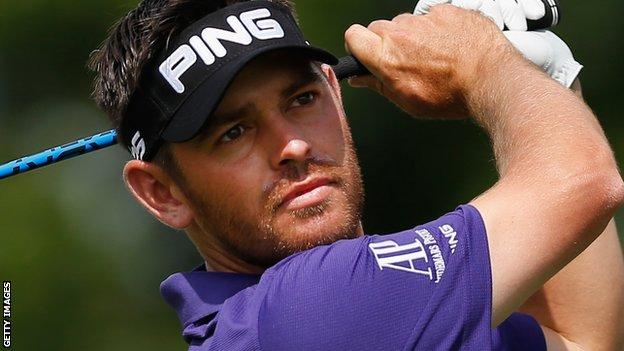 South African Louis Oosthuizen is joint leader with American Brendon Todd after the third round of the Byron Nelson Championship.

Oosthuizen, the 2010 Open champion, fired a six-under-par 64 at the TPC Four Season Resort on Saturday to share the top of the leaderboard on 10 under.

"I am playing really well this week and today was a good scoring day for me," the 31-year-old said.

"I am putting really well and I also hit the ball well with the irons."

Oosthuizen enjoyed a run of consecutive birdies on the 14th, 15th and 16th to cap a superb round which moved him 14 places up the leaderboard in the US PGA event.

Overnight leader Todd did enough to retain a share of top spot, but needed a birdie on the 18th to do so after a bogey on the fourth saw him fall behind. He signed for a two-under 68.

Oosthuizen carded the best round of the day, but James Hahn of the United States was one bogey on the 11th away from matching it.

A stunning run of birdies between the 12th and 16th catapulted him up to a share of third place alongside Gary Woodland and Mike Weir.

Britain's Paul Casey, who fired a nine under par 27 on the back nine on Friday to move into the joint lead, dropped down to 27th on three under after a three-over par round of 73.