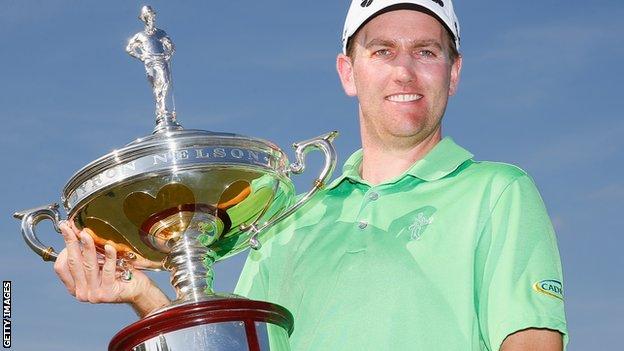 Todd shot a bogey-free final round of 66 to finish 14 under, two clear of former Masters champions Mike Weir.

"It feels amazing," said the 28-year-old. "It is a monkey off my back. It has been a tough career, with a lots of ups and downs."

Paul Casey was the highest-placed Briton, carding a two-under round of 68 to end five under in a tie for 16th.

Padraig Harrington, who has not won on the PGA or European tours for five and a half years, had begun the day only two shots off the lead.

But a four-over 74 left Ireland's three-time major winner tied in 22nd on four under.

Todd, who started the day sharing the lead with South African Louis Oosthuizen broke clear with two straight birdies around the turn and parred his way home.

Oosthuizen struggled to a 74, leaving Charles Howell and Marc Leishman tied for third on 10 under.