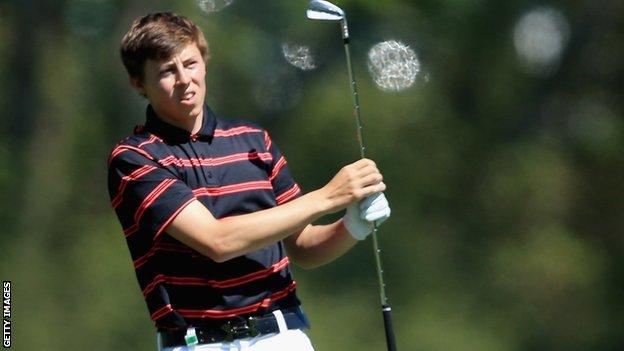 Sheffield golfer Matt Fitzpatrick will compete as an amateur for the final time at next month's US Open.

The 19-year-old is the reigning US Amateur champion and Open Championship silver medallist.

Fitzpatrick, who became the first Englishman to win the US Amateur title since 1911, will play his first tournament as a professional at the Irish Open on 19 June.

He hopes to play on invites on the European Tour for the rest of the year.

Fitzpatrick failed to make cut at the Masters in April, having been forced to find a new caddie after his regular caddie was excluded for wearing sandals.

The US Open at Pinehurst in North Carolina runs from 12-15 June.