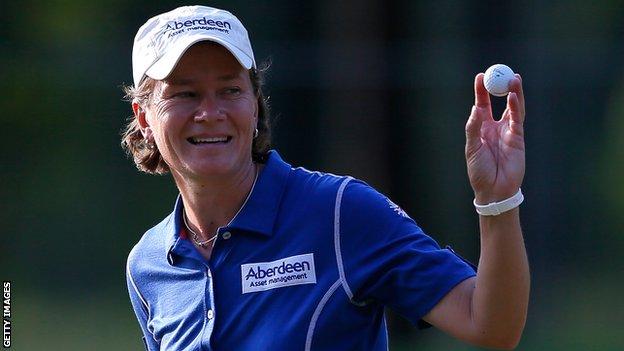 Catriona Matthew maintained her lead in the Airbus LPGA Classic with a second-round 67 that left her one stroke in front of teenager Charley Hull.

Scotland's Matthew, 44, a four-time winner on the LPGA Tour, birdied four of the last seven holes in Mobile, Alabama, to stand 13-under-par.

Hee Young Park, Anna Nordqvist and Jessica Korda are two shots back on 10 under going into the third round.

Matthew said: "I hit 17 greens, so I gave myself a lot of chances.

"I didn't hole many on the front nine, but then the putter got going a little bit on the back nine."

Englishwoman Hull, who won her first Ladies European Tour title in May, managed five birdies on her back nine but dropped a shot on her last hole of the day, the ninth.