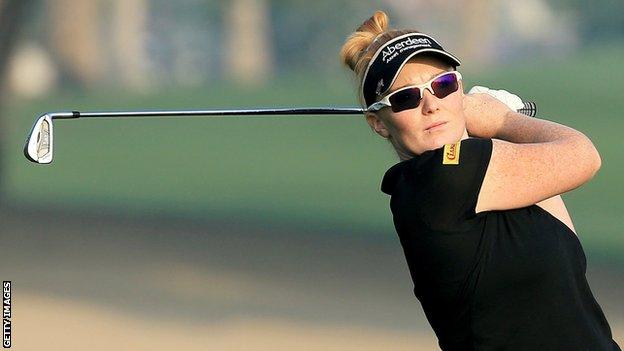 Scotland's Kylie Walker remains the clubhouse leader after her second round at the Deloitte Ladies Open in Amsterdam.

The 28-year-old Glaswegian lies on five-under-par having followed up her opening 69 with a 72.

Walker is two shots ahead of Thailand's Titiya Plucksataporn, who moved up the leaderboard with a second round of 70.

Vikki Laing was two strokes behind compatriot Walker but is now seven off the lead.