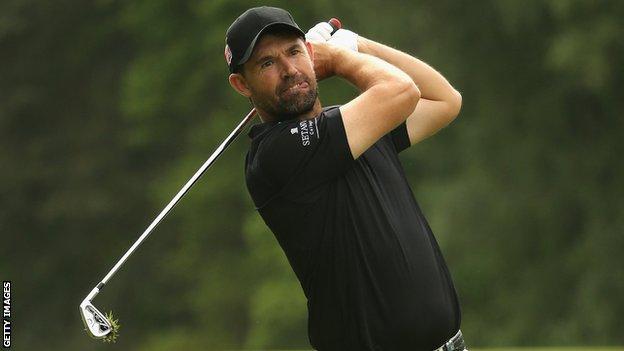 Three-time major winner Padraig Harrington will miss his first US Open for 15 years after failing to advance from a 36-hole qualifying event.

The Irishman, whose best US Open finish is fourth in 2012, shot rounds of 75 and 71 at Walton Heath, leaving him six strokes short of qualification.

Fellow Irishman Shane Lowry topped the leaderboard in Surrey to secure his spot at Pinehurst next month.

Last month, Harrington also failed to qualify for the Masters for the first time in 14 years, his five-year qualifying exemption dating from his 2008 USPGA win having expired.

In February, the two-time Open winner and six-time Ryder Cup player revealed he had undergone treatment for skin cancer.

He has failed to achieve a win on either the European or PGA Tours since that 2008 USPGA triumph, slipping to 214th in the world rankings.

"I made a few mistakes in not knowing the golf course and I was never comfortable with the pace of the greens, as there was a number of three-putts thrown in there," said Harrington.

Double European Tour winner Lowry booked his spot at Pinehurst by finishing top of the 105-strong field - just a day after missing out on automatic qualification.

The 26-year-old was runner-up to Northern Ireland's Rory McIlroy in Sunday's BMW PGA Championship at Wentworth, where victory would have seen Lowry avoid the qualifying event at Walton Heath.

"After finishing so close to victory yesterday I just carried a lot of momentum from Wentworth into today to get the job done," said Lowry, who carded rounds of 69 and 67 to finish eight under par.

"And while I was a little disappointed not to win the BMW PGA, at least now I've done it the hard way so that I can join Rory at Pinehurst."

Fisher and Lewis each claimed one of the final four spots after a six-man play off, leaving Morten Madsen and Danny Willett as two alternates.

Ryder Cup-winning captain Jose Maria Olazabal, a two-time major winner, missed out after finishing alongside Harrington at two over.