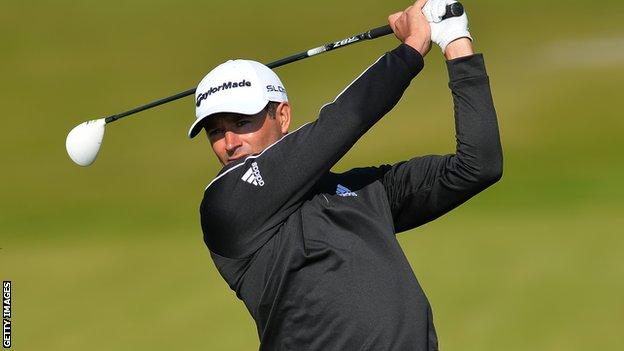 Gareth Maybin and Michael Hoey were both left rueing ugly finishes to their second rounds as their Nordea Masters hopes took a hit in Sweden on Friday.

Pars on 16 and 17 would have left Maybin sharing the lead but instead consecutive double bogeys dropped him back to two under as he finished on 75.

Hoey also doubled bogeyed the same holes as his 75 left him on level par and six off the pace.

Kevin Phelan is the leading Irishman on three under after a 70.

At one stage, County Down-based Simon Thornton was challenging for the lead after five birdies left him on five under after 10 holes.

However after playing the back nine first, Thornton suffered a horror run during the remainder of his round as five bogeys and a double bogey over his remaining eight holes dropped him back to two over, and looking likely to miss the cut by one shot.

PGA Championship Shane Lowry will be in action over the weekend after a 73 left him alongside Hoey on level par while Peter Lawrie was also set to survive on one over after a battling three-birdie 70 on Friday.

Maybin looked likely to be high on the leaderboard after carding three birdies and two dropped shots over his opening 15 rounds.

However, his steady round then unravelled as he took sixth at the par-four 16 and followed it with a five at the short 17th.