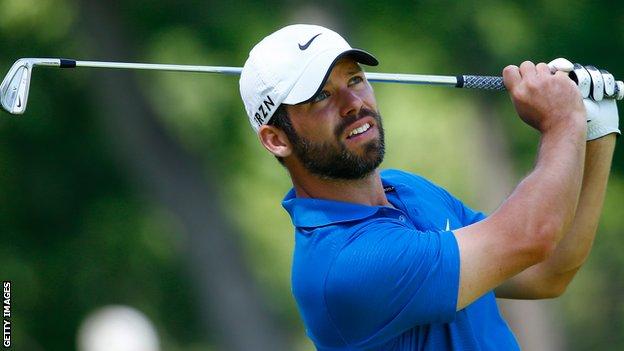 Paul Casey fired a second successive 66 to lead the Memorial Tournament by three shots after the second round in Ohio.

The Englishman, 36, took over from Rory McIlroy at the top of the leaderboard after McIlroy went round in 78.

Recent European PGA winner McIlroy had led by three strokes after a first-round 63 but slipped back after double-bogeying three successive holes.

Casey needs to win to secure automatic qualification to the US Open.

He shot six birdies and an eagle to pull clear of Masters champion Bubba Watson, who was closing in until he dropped shots on each of his last two holes.

McIlroy's dismal round included a double hit on 15, something he reported to a rules official and resulted in a one-stroke penalty.

However, he refused to blame his poor performance on a knee injury he complained of after his opening round.

Justin Rose's preparations for the defence of his US Open title at Pinehurst did not go according to plan as he missed the cut after going round in 72 for a two-round total of one over par.