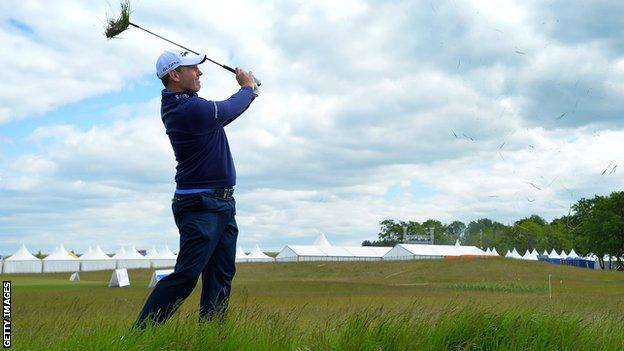 Joint-leader Eddie Pepperell and Stephen Gallacher both shot 65 on day three of the Nordea Masters in Sweden.

England's Pepperell and home favourite Henrik Stenson (64) are 13 under par for the tournament.

Scot Gallacher is third, a shot back, after a seven-under round left him tied with Alvaro Quiros (66) of Spain.

Welshman Bradley Dredge is tied for sixth on 10-under following his 67 on Saturday, with Glasgow's Chris Doak (69) on eight under.

Englishman James Morrison is a shot further back after a 66, while his countrymen David Howell (67) and Tom Lewis (68) are on six under, and Simon Dyson on five under after a 70.

Home favourite Stenson shot the best round of the day, bagging seven birdies, an eagle two and one bogey on his way to a 64.