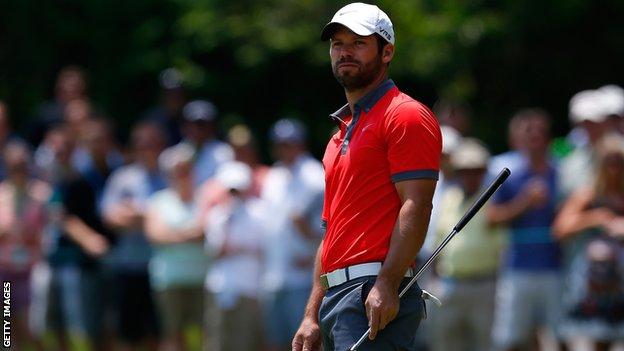 Casey, 36, carded a four-over 76 in the third round in Ohio, including three bogeys and a double bogey.

That allowed American Watson to secure a one-shot lead with a three-under 69.

His compatriot Scott Langley is second, while Northern Ireland's Rory McIlroy is six shots off the pace after carding a 69 on the third day.

McIlroy, who won last week's PGA Championship at Wentworth, recovered from a second-round 78 to climb back up the leaderboard.

But Watson, 35, leads the way after a round including five birdies in six holes on the front nine.

"I just kept my head down, grinding away," he said. "Shooting in the 60s every day is my goal."

Langley is Watson's nearest challenger after a 67, with Japan's Hideki Matsuyama (69) another shot back and world number one Adam Scott (68) three off the lead.