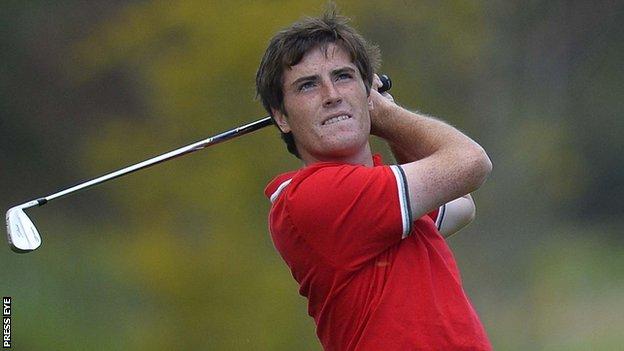 Ballymena man Dermot McElroy is among four amateurs selected by the Golfing Union of Ireland to play in the Irish Open at Fota Island later this month.

McElroy will celebrate his 21st birthday six days before the start of the event at he Cork venue.

McElroy's participation in the Irish Open means he will miss the British Amateur Championship at Royal Portrush.

The British Amateur takes place at Royal Portrush and nearby Portstewart during the same week.

Robbie Cannon, Gavin Moynihan and Gary Hurley have also been selected by the GUI for the European Tour event.

McElroy completed in the 2012 Irish Open at Royal Portrush when he missed the cut by only one shot.

2013 Irish Amateur Open champion Cannon is from the Balbriggan club in north county Dublin with Walker Moynihan representing The Island and Hurley hailing from West Waterford.