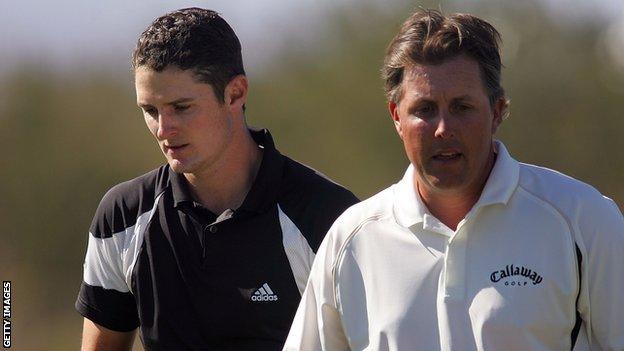 England's Justin Rose has been drawn to play with Phil Mickelson as he begins the defence of his US Open title at Pinehurst on 12 June.

Open champion Mickelson finished joint second at Merion 12 months ago in the only Major the American has not won.

The pair will play with Sheffield's US Amateur Champion Matt Fitzpatrick.

Irishman Rory McIlroy tees off from the 10th with 2010 winner and fellow Northern Irishman Graeme McDowell and 2012 champion Webb Simpson.

The US Open provided McIlroy with his first Major title when he won at Congressional in 2011.

For the first time in four years, organisers avoided the temptation to put the top three players in the world rankings together, a popular ploy that had generated plenty of hype and attracted huge galleries during previous US Opens.

While world number one Adam Scott and third ranked Bubba Watson have been grouped together with 2011 Masters winner Charl Schwartzel, world number two Swede Henrik Stenson will play in the company of American Matt Kuchar and England's Lee Westwood.

Three of golf's youngest stars have also been drawn together, the grouping of Jordan Spieth, Hideki Matsuyama and Rickie Fowler having a combined age of just 67.