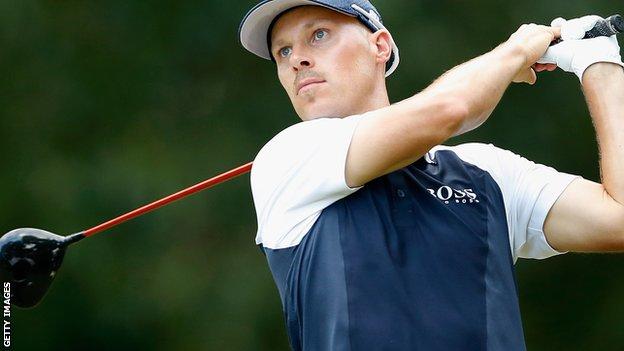 Ben Crane held a four-shot lead over the field when the third round of the St Jude Classic was suspended because of poor weather conditions.

The four-time PGA Tour winner stood at 13 under-par overall and was one under after six holes of his third round.

The event in Memphis has been hit by poor weather on all three days so far.

On Saturday, the beginning of play was delayed by one hour because of fog, and later suspended. The third round was scheduled to resume early Sunday.

Fellow American Troy Merritt was two under par after seven holes and had moved into second place at nine under. Peter Malnati was one under after seven to stand at eight under.

Open champion Phil Mickelson, who has not won in 19 straight events, had pars on each of his first nine holes to remain five under, level with England's Paul Casey.