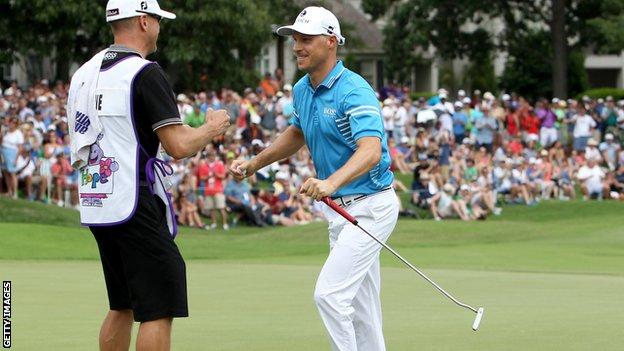 The United States golfer's 10 under total of 270 gave him victory by one shot from compatriot Troy Merritt.

Crane, 38, led after each round and although he did not make a birdie in his 18 holes, a three-over 73 was enough to seal victory at TPC Southwind.

England's Ian Poulter shot a final-round 64 to finish in a tie for sixth.

Another Englishman, Paul Casey, and Northern Ireland's Graeme McDowell both finished at three under.

Crane held a three-shot lead over Merritt after 54 holes, with the third round completed earlier on Sunday after the first three days were affected by poor weather conditions.

Despite his victory, Crane is not eligible to participate in the US Open, the season's second major, which begins at Pinehurst on Thursday.