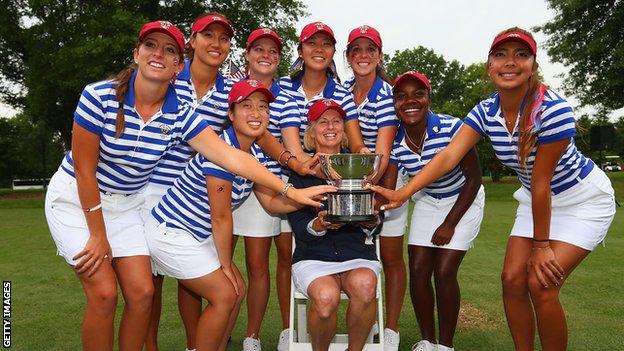 The United States regained the Curtis Cup with a 13-7 win over Great Britain & Ireland in Missouri.

Great Britain & Ireland, who won the trophy in 2012, needed to overturn a 9.5-2.5 deficit on the final day to pull off an unlikely victory.

But Emma Talley, Ally McDonald and Annie Park sealed victory for the US.

Talley, the US amateur champion, scored the trophy-clinching point with a 4&3 win over Bronte Law.

Talley said: "This was the best week ever. We all wanted to play for each other this week and we all did that."