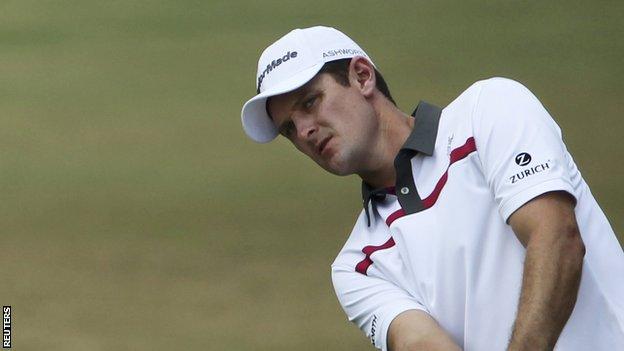 England's Justin Rose sat three shots behind American Patrick Reed with one round remaining at the Quicken Loans National at Congressional.

The 2013 US Open champion posted a level-par 71 to be three under overall at the North Carolina venue.

The world number 98 is vying to qualify for next month's Open at Hoylake, with the top four finishers on Sunday who have not already qualified able to gain inclusion to the third major of the season.

Reed, who has already won twice this season, Rose and Leishman have secured their places in the year's third major.