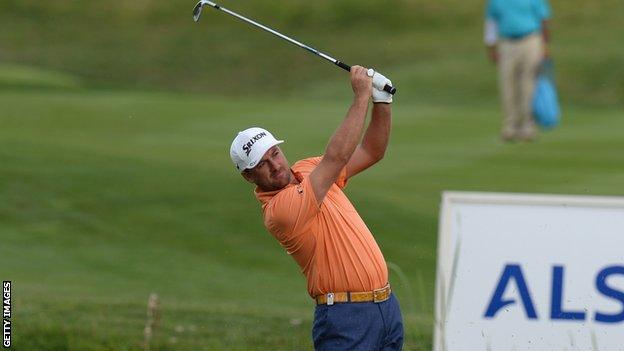 Graeme McDowell carded a two-under par round of 69 as he continued a steady defence of his French Open title.

McDowell is three under par for the tournament in Paris, seven shots off the leader, Kevin Stadler of America.

Michael Hoey hit five birdies in six holes, posting a fine round of 66 to move alongside McDowell in tied fourth.

Padraig Harrington missed the cut after finishing on five over par, but Damian McGrane will be involved over the weekend on a two-under total of 140.

Defending champion McDowell started his round with a bogey on the tenth hole but followed it up with birdies on the 11th and 14th holes.

The 34-year-old managed two more birdies and another bogey on his back nine holes to just about stay in touch with the leaders.

After hitting a two-over-par round on Thursday, Michael Hoey found his rhythm on Friday and started with a birdie on the 11th hole followed by consecutive birdies on the 13th, 14th, 15th and 16th holes.

Irish golfers Kevin Phelan (+14), David Higgins (+13), Simon Thornton (+9) and Harrington all struggled and Peter Lawrie has also missed the cut after a 77 left him on seven over for the tournament.