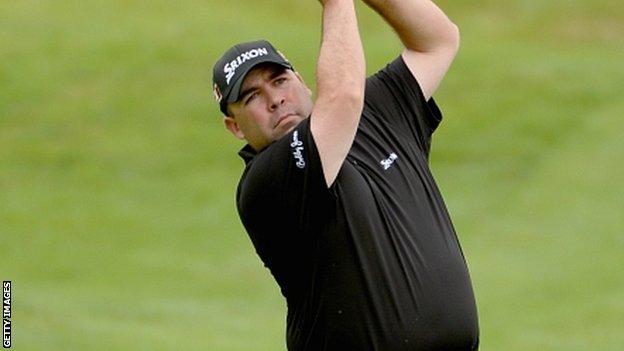 Kevin Stadler carries a four-shot lead into the final round of the French Open after a one-over-par 72 on day three.

I knew I didn't have to do anything crazy today

American Stadler, who led by three at the halfway stage, battled through wind and rain to post a nine-under total.

England's Matthew Baldwin is two under par while Northern Ireland's Graeme McDowell is one under.

"I got what I deserved out of my game today," said the 34-year-old Stadler, who has led the tournament since an opening 64.

"But you can't expect to play that well for four days in a row. I knew I really didn't have to do anything crazy today," added Stadler, son of former Masters champion Craig.

Kaymer, the world number 12, conceded it would be difficult to catch world number 62 Stadler, who won his first PGA Tour title in Phoenix in February.

"I just need to shoot a very, very low score on Sunday. If you get within two or three shots of him, he might get some nerves the last three or four holes because it's a tough finish," said Kaymer, 29.