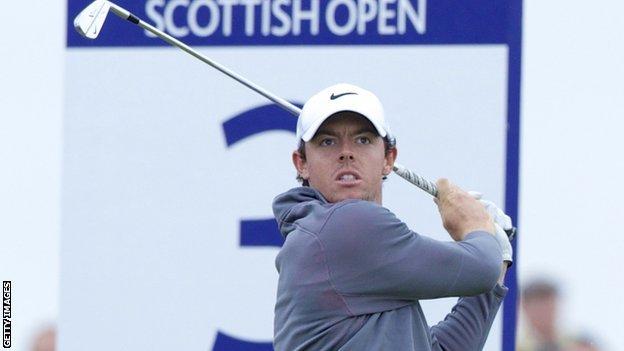 Rory McIlroy warmed up for next week's Open Championship with a closing four-under-par 67 at the Scottish Open.

The two-times major winner from Northern Ireland finished seven under and in a tie for 14th in Aberdeen.

Darren Clarke (74) and Michael Hoey (72) ended on two over while Shane Lowry (66) was the best of the Irish contingent on 10 under.

Justin Rose won on 16 under with the English player two shots clear of Sweden's Kristoffer Broberg.

McIlroy, who started the tournament with a course record 64, carded six birdies and two bogeys on Sunday.

Padraig Harrington (67) finished on three under with Kevin Phelan (71) and Damien McGrane (72) five over.