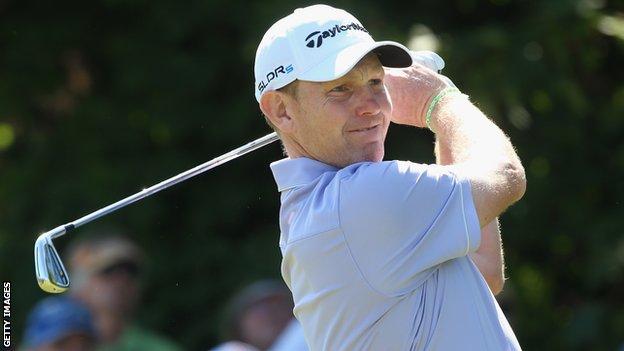 Stephen Gallacher "really enjoyed" his two under par opening round at the Open at Royal Liverpool.

The 39-year-old Scot rolled in five birdies, taking advantage of the calm morning conditions to finish on 70.

"Any time you shoot under par in a major you know you're doing not bad," said Gallacher. "It's a good start, something to build on."

Marc Warren raced to three under par over the first five holes and finished the day with a 71.

"To finish under par is really pleasing, the wind was really getting up over the last five holes," explained the 33-year-old from Rutherglen.

Jamie McLeary and Paul McKechnie are both making their Open debuts, with the former picking two shots over the final four holes for a one over par 73, while McKechnie finished with two consecutive bogeys for a 76.

Scott Jamieson was one stroke worse off, following a run of four bogeys from the 13th to the 16th.

Paul Lawrie, the 1999 champion, struggled on his way to a 79 and faces a battle to make the cut, along with British Amateur champion Bradley Neil, who also ended the day at seven over par.

Sandy Lyle, the 1985 champion, toiled on the back nine and carded a bruising 82.