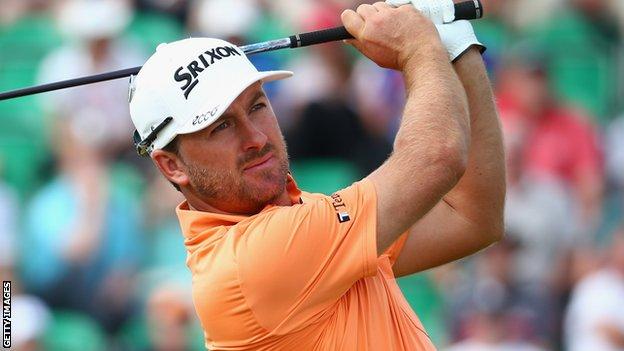 Graeme McDowell picked up four shots on the back nine to card a three-under-par 69 and make the Open cut at Hoylake.

McDowell is 11 shots behind fellow Northern Ireland player Rory McIlroy, who is four clear of the field.

Former Open champion Darren Clarke is also safely in for the weekend after a 72 left the Dungannon man level.

Belfast's Michael Hoey was six over when he withdrew from the tournament after seven holes of his second round because of a foot injury.

Shane Lowry joined McDowell on one under after a 75 while Irish amateur Paul Dunne was two shots outside the projected cut mark with a 73 leaving him four over.

Two-times champion Padraig Harrington endured a miserable second round, finishing eight over after a 78.

McDowell was on course for a Friday exit before birdies on 10, 11, 14 and 18 moved the Portrush player up the leaderboard.

McIlroy was in superb form with a second successive 66 leaving him four ahead of American Dustin Johnson.