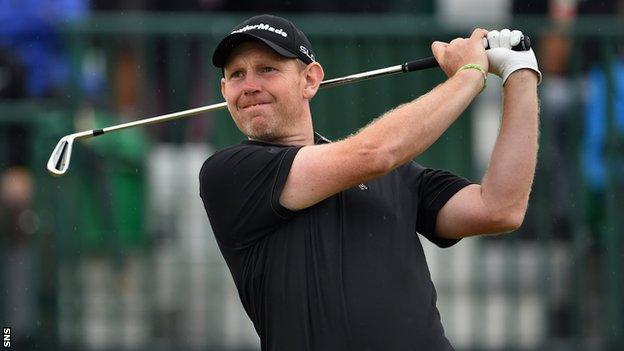 Scotland's Stephen Gallacher finished tied for 15th at the Open Championship on eight under par after his best round of the tournament on day four.

Fellow Scots Marc Warren and Jamie McLeary were one under and one over, respectively.

I'm delighted with the week that I've had

Gallacher picked up five birdies and a bogey on his final round while Warren, who had led Gallacher by a shot overnight, double-bogeyed the first and bogeyed four further holes.

"It was good playing last week as well [at the Scottish Open], it sort of set me up for it.

"It was great preparation and I'm delighted with the week that I've had."

McLeary posted his lowest-scoring round on day four with a two-under 70, which included an eagle at the tenth hole.