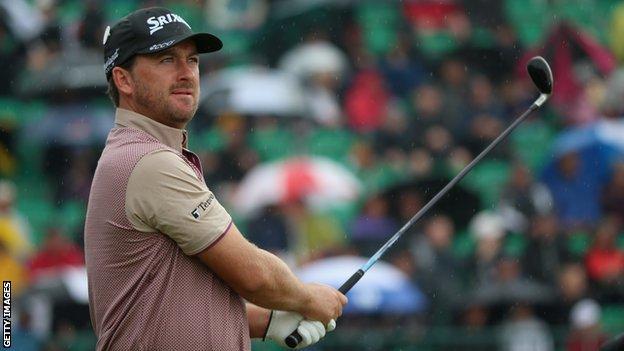 Graeme McDowell finished his fourth round strongly to post a 67 and end the Open Championship on 10 under par.

The 34-year-old tied for ninth position after carding three birdies and an eagle in his final five holes to lie seven shots behind winner Rory McIlroy.

Irish player Shane Lowry joined McDowell on 10 under thanks to a bogey-free 65 which included seven birdies.

Darren Clarke had a more difficult day as he posted three birdies and four bogeys in a closing 73 for four under.

McDowell suffered a setback with a bogey at the second, but birdies at the fifth, seventh and 10th saw him move up the leaderboard.

A double bogey at the 13th marred his scorecard, but birdies followed at the 14th, 15th and 16th, and then an eagle three at the 18th.

"They just asked me in there what my emotions are for Rory, as I watched him walk to the 16th tee box. I used the word 'jealousy,' but I think what I really meant was 'envious'.

"Envious because I'd love to walk down the 18th fairway with an opportunity to win the Claret Jug.

"I'd love it to be me. It's the greatest walk in world golf. It's in there inside me somewhere. Some year it will be my year, hopefully."

Lowry described his final 18 holes at Hoylake as "pretty much flawless".

"To shoot 65 on the final day of a major gives me great satisfaction," added the former Irish Open champion.