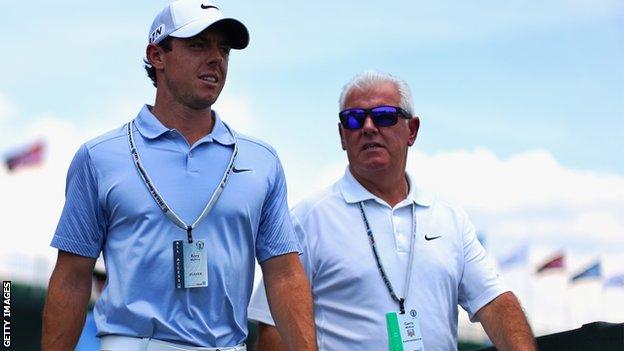 Rory McIlroy's father Gerry made £50,000 from a bet he placed in 2004 when his son won the Open Championship.

The winnings will be split with a friend who provided half the stake.

Jessica Bridge, spokeswoman for bookmakers Ladbrokes, said: "Nine out of 10 times, these bets come to nothing, but on this occasion the punters definitely knew more than we did. And we can only doff our cap to their confidence and foresight."