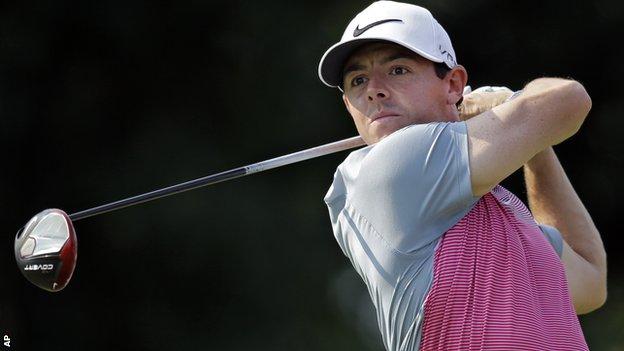 Rory McIlroy lies four shots off the lead at the WGC Bridgestone Invitational after an impressive six-under-par 64 in the second round.

The Open champion carded seven birdies and one bogey at Akron in Ohio to finish on seven under at halfway.

McIlroy is in a tie for third, four behind Spaniard Sergio Garcia who equalled the course record of 61.

Graeme McDowell is one over for the tournament after a level-par 70 in his second round.

Garcia's remarkable round overshadowed the 64 by McIlroy but the three-time major winner delighted to have kept the Spaniard in his sights.

"Sergio played in front of me and I saw he kept making birdie after birdie and I thought I have to make some birdies coming in here or I am going to be way behind going into the weekend," McIlroy said.

"So it was nice to birdie the last couple and stay within touching distance of him."