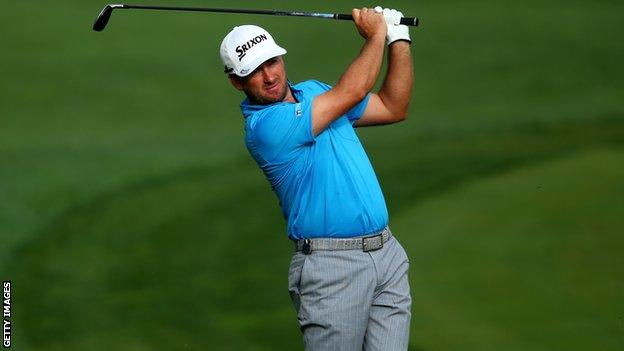 Graeme McDowell found water twice on the 13th as he carded a quadruple-bogey eight on his way to a level-par 71 in the US PGA Championship on Saturday.

The Portrush player sent his second shot on the 342-yards par four into the hazard and then did the same from the drop zone.

It was the only blemish on his card as he also picked up four birdies to lie one over going in to the final round.

McDowell is 14 behind leader Rory McIlroy who is on 13 under par.

Shane Lowry is two shots further back after posting a 74.

"I played beautifully - it is so disappointing to make an elementary quadruple bogey," said McDowell.

"It's a tough little right pin position and the first ball, I really think it was a wet, mudball."