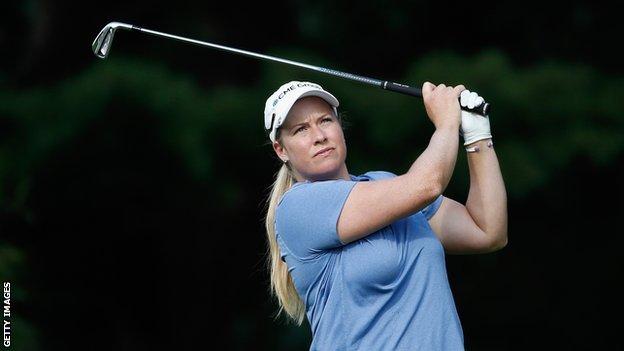 American Brittany Lincicome will hold a three-stroke lead for the third round of the LPGA Championship in New York, the year's fourth major.

Lydia Ko of New Zealand and America's Jane Park both hit 69 for five under.

England's Laura Davies (72) is one under and Scotland's Catriona Matthew (76) is one over.

Linicome and Thompson have put America well placed to win four majors in a season for the first time since 1992.

Thompson started the run winning the Kraft Nabisco, then Michelle Wie won the US Women's Open, and Mo Martin surged to victory in the final round at the Women's British Open at Royal Birkdale in July.

A fifth major, the Evian Championship in France, was added last year and takes place at Evian-les-Bains on 11-14 September.