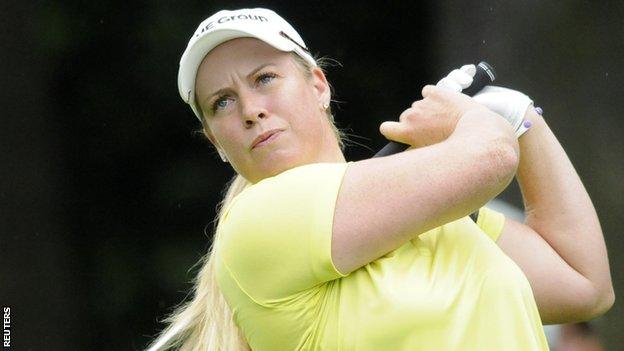 Brittany Lincicome will take a one-stroke lead going into the final round of the LPGA Championship in New York.

The 28-year-old American shot a third round 71 as her three-shot lead was narrowed.

England's Laura Davies (75) is two over, while Wales's Becky Morgan (74) and Scotland's Catriona Matthew (75) are four over.

Lincicome won the 2009 Kraft Nabisco Championship and is chasing a second major win.

"I think because I haven't been in this position in a while, it just kind of all caught up with me," she said.

"I just tried to take multiple deep breaths out there. I don't think I calmed down until the back nine probably.

"Hopefully going into the final round it's kind of out of my system. I kind of know what it feels like to be in this position."