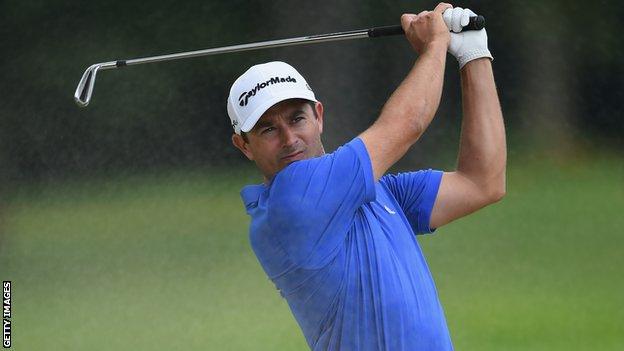 Gareth Maybin finished in a tied for ninth at the European Masters in Switzerland after firing a three-under-par 67 in Sunday's final round.

The Ballyclare man carded four birdies and a bogey at Crans Montana to end the tournament on 13 under.

Belfast's Michael Hoey was four under and Shane Lowry 11 under after both players shot a 70.

American David Lipsky beat Graeme Storm of England in a play-off after the pair finished on 18 under.

Peter Lawrie (73) ended on six under with three-times major winner Padraig Harrington (72) back on one over.