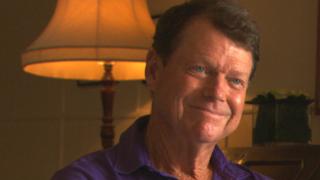 Tom Watson says he waited 20 years for the phone call asking him to become Ryder Cup captain again, as he returns to the role after leading the United States to victory in 1993.

The 65-year-old says America must "get even" following their defeat in Medinah in 2012, where Europe staged a dramatic fightback.

Bernard Gallacher, who captained Europe opposite Watson in 1993, believes the veteran golfer is the man to inspire support in the US ahead of the contest at Gleneagles later this month.