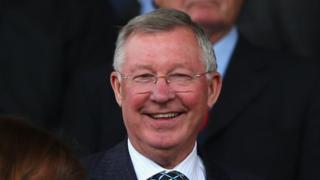 Sir Alex to talk to my team - McGinley

Ferguson will speak at the team dinner at Gleneagles on Tuesday evening.

The 72-year-old follows in the footsteps of Bayern Munich coach Pep Guardiola - who addressed the team at Medinah in 2012 - and Welsh rugby legend Gareth Edwards, who spoke at Celtic Manor two years previously.

The 40th Ryder Cup begins at Gleneagles in Perthshire on Friday - watch on BBC TV, radio and online.