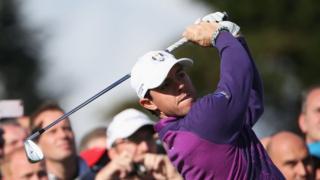 World number one Rory McIlroy prepares for his third Ryder Cup 10 years after playing in the junior equivalent of the biennial match between Europe at the United States.

McIlroy helped the young European team earn a 8.5 to 3.5 victory over the USA in the contest played at the Westfield Group Country Club in Ohio.